Our Audit Manual Package (UK) provides you with all the programmes, documents and guidance needed to undertake a limited company audit under the International Standards of Auditing (ISAs) (UK) and the Ethical Standard.

Our Audit Manual Package (UK) can be browsed online or sections of content or commentary can be downloaded in Microsoft word or PDF. There is also the flexibility to ‘customise’ a download suitable for your engagement. For every new assignment, you will need to navigate to our website to obtain the most up to date version.

April 2022
This major update to the methodology principally incorporates:

May 2021
This update to the Package principally incorporated reporting on irregularities, including fraud.

The ICAEW published 'How to report on irregularities, including fraud, in the auditor’s report - Guide for auditors reporting for the first time' in April 2021 and commented that 'how the auditor developed their explanation, and the areas considered, would be expected to be documented in the audit file'. In order to aid this expectation a new ‘A29 - Reporting on irregularities, including fraud in the auditor's report’ has been included in the Audit Methodology and also an additional test on ‘A21-1’ for the RI to confirm their approval. This is for periods commencing on or after 15 December 2019 only. The guidance in your Audit Procedures Manual has also been updated.

April 2021
A number of changes have been throughout the manual to encourage teams to consider the use of audit data analytics (ADA) on audit engagements. These changes principally focus on the use of ADA as part of the risk assessment, selection of high risk transactions for testing and stratification of populations to assist with sampling, although teams are encouraged to consider its use in other areas, with revisions to planning forms providing prompts for you to record its planned use. Given the audit quality and efficiency gains which can provided by the use of ADA, a new planning form (B20) has been added for teams to appraise its use on engagements and record why ADA was or was not considered appropriate to use. Where the use of ADA is intended, a number of other revisions have been made throughout the manual to help you record and reflect on the results from its use.

February 2021
FRC Ethical Standard 2019 - You may recall that the Audit Procedures Manual (UK) was updated for revised policies and procedures in June 2020 and so this update includes a revision to the Audit Manual ethical forms.
Brexit - Changes from company law, financial reporting standards and audit regulations have been incorporated throughout both your Audit Manual and Audit Procedures Manual.

January 2021
Two new disclosure checklists have been added to the product:

The new disclosure checklists take into account the relevant technical changes for the applicable period which incorporate a small change to IFRS 16 - Leases and changes to IFRS 7 in relation to IBOR phase I.

Guidance has also been added to the Audit approach section of the B30X template.

Mercia online manuals are updated regularly by our technical staff and you will be notified of any significant regulatory changes by email.

Office 365 with a locally installed copy of the Office suite is supported. 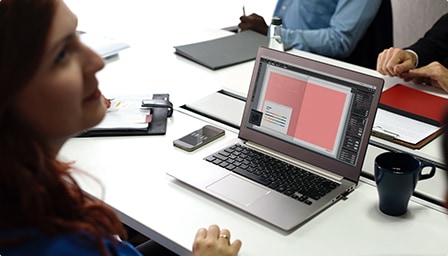 Become a member today and get discount rates on our courses and products.