Chancellor Kwasi Kwarteng will make a fiscal statement during September to set out the costs of the government’s Energy Price Guarantee (EPG) plan.

Prime Minister Liz Truss announced the EPG on 8 September, and it will apply from the start of October.

The EPG means that from 1 October a typical household will pay no more than £2500 per year for each of the next two years. It comes in addition to the £400 Energy Bill Support Scheme and also includes the temporary suspension of green levies.

The government said it would support all business, charities and public sector organisations with their energy costs this winter, offering an equivalent guarantee for six months.

However, Ms Truss did not give any indication of what the EPG will cost, which surprised the Institute for Fiscal Studies (IFS).

Can’t quite believe nothing there about the cost. This is one of the biggest announcements in peacetime history, and apparently we'll be told how much in a few weeks. Not a complaint about the policy. But some transparency would be welcome.

In a written statement, the Department of Business, Energy and Industrial Strategy said:

Cost projections for the delivery of the EPG are uncertain as they depend upon usage levels (which are highly dependent on weather patterns) and, for future three-month periods, the wholesale price of energy.

It also confirmed that the Chancellor will make a fiscal statement during September regarding the cost.

This will be Kwarteng’s first significant set piece since his recent appointment as Chancellor and there will be many watching keenly to see what the cost of the EPG package is and how it will be paid for.

According to news reports, estimates for the EPG are north of £150 billion, so the new Chancellor is likely to make tax changes as well as increasing government borrowing to pay for it.

Mercia’s expert team will be watching and analysing all fiscal Budget statements made by the government this autumn. We will be providing a range of products so you can keep your clients up to date on the changes that affect them.

Budget Products
Emergency Budget 2022
Get support in communicating any budget changes to your clients.
Explore our selection of products for the upcoming budget. Written in client-friendly language which your customers will understand.
chevron_right

How to plan your accountancy CPD 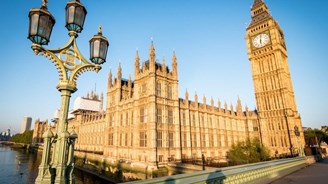 Chancellor cuts taxes in Mini Budget as he aims for growth

A Day in the Life of an Accountancy Expert Witness