Announced in the Budget was almost £2 billion of low-carbon capital investment in infrastructure, as Scotland looks to ‘play its part in tackling the global climate emergency head on’.

This includes the first £20m of the 10-year Just Transition Fund, to help the northeast and Moray transition from carbon-based industries. A total of £336 million was allocated to decarbonise the heating of one million homes, and the equivalent of 50,000 non-domestic buildings, by 2030. In addition, £1.4 billion will be spent to ‘maintain, improve and decarbonise’ Scotland's rail network.

The Scottish Budget announced the phased return of non-domestic rate liabilities, which had been subject to 100% relief due to the pandemic. Non-domestic rates will be 49.8p in the pound, however, rate relief for the retail, hospitality and leisure sectors will continue at 50% for the first three months of 2022, capped at £27,500 per ratepayer.

Small businesses with a rateable value of less than £15,000 on Scottish high streets, will continue to pay no rates for all of next year, irrespective of which sector they are in, through the Small Business Bonus Scheme. Additionally, new builds will pay no rates for the first 12 months after occupation, through the Business Growth Accelerator.

The Scottish Budget announced the Starter and Basic Rate bands of income tax (other than those for savings and dividend income) which apply to Scottish resident taxpayers will increase by inflation, the Higher and Top Rate thresholds will remain frozen.

* Assumes individuals are in receipt of the Standard UK Personal Allowance.

The Scottish Government’s stated policy priority for residential Land and Buildings Transaction Tax (LBTT) is to maintain residential rates and bands at their current level to deliver certainty and stability for taxpayers.

The current rates and bands are as follows:

The rates apply to the portion of the total value which falls within each band.

According to the Government, those buying a property for more than £175,000 will receive relief on the portion of the price below the threshold and benefit from savings of up to £600.

Higher rates of LBTT are charged on purchases of additional residential properties, such as buy to let properties and second homes. Although these are the main targets of the higher rates, some other purchasers may have to pay the higher rates.

The Additional Dwelling Supplement (ADS) potentially applies if, at the end of the day of the purchase transaction, the individual owns two or more residential properties. Care is needed if an individual already owns, or partly owns, a property and transacts to purchase another property without having disposed of the first property. The ADS is charged at 4%.

Following the commitment in the Programme for Government 2021-22 the Scottish Government will launch a call for evidence and views on the operation of the ADS.

The rates and bands for non-residential LBTT transactions are to remain unchanged, as follows: 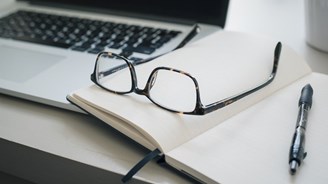