To mark this momentous year for UK GAAP, I'm embarking on a mission to work my way through FRS 102, reading a portion on each working day of 2015 and writing a short blog entry on my thoughts and musings (be they few or many).

Apologies to those legions of devotees who have been avidly following this blog (hmmm...I may have presumed there) for the fact that this is the first post of the week; it's been pretty hectic and with little chance to get to grips with section 14. But I'm back and ready to dive into associates once more.

A brief point to note in 14.2 (but one that could prove important) is the definition of an associate in comparison to FRS 9.

There's a slight difference in FRS 102 section 14 which defines an associate as 'an entity, including an unincorporated entity such as a partnership, over which the investor has significant influence and that is neither a subsidiary nor an interest in a joint venture'. Significant influence is defined as 'the power to participate in the financial and operating policy decisions of the associate but is not control or joint control over those policies'.

This difference is subtle but worth exploring. Under FRS 102 the entity does not have to exercise significant influence; merely being able to exercise this is enough, and the clarification that, even if someone else holds a majority, this doesn't rule out treatment as an associate.

So let's consider the case in which you, as an investor, hold 24% stake in a company but a third party owns the remaining 76%. It's possible that one may have concluded pretty quickly that the huge majority owned by the other party - allowing them to pass special resolutions - renders our paltry 24% lacking significant influence and thus we should account for the investment at cost even in group accounts. It's not as clear that one would decide this under FRS 102, although I still suspect that in these circumstances one might still arrive at the same conclusion.

Have a great weekend.

P.S. If you missed the last instalment click here 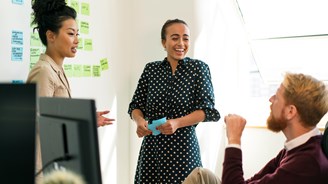 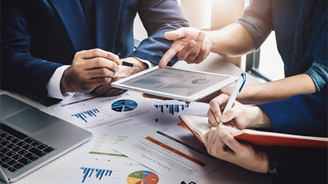