This guidance covers matters which may be reported to regulators as opposed to matters which must be reported. The must reporting matters are those which are of material significance and separate guidance on these was issued earlier in 2017.

This guidance applies to the auditors and independent examiners of all UK charities.

When in doubt, report it

This is the key message from both sets of guidance. The regulators would rather have things reported to them and make a decision on any action to take, rather than have things not reported.

This requirement is not new but this guidance gives some practical examples of what may be reported.

What is a relevant matter?

This is a very open ended question. Each of the regulators publishes frameworks of what issues are relevant to them and of the matters which they expect charity trustees to report to them.

A relevant matter will be one which is not required to be reported (under the matters of material significance guidance) but which the auditor or examiner feels the regulator will still be interested in knowing.

The guidance is clear that minor issues and honest mistakes need not be reported, particularly if the trustees have already taken remedial action.

How does this affect your work?

The guidance is clear that no additional work is required of the auditor or examiner; only matters identified as part of your normal work need to be considered.

Reporting to the regulators is via email.

Retaining clients and attracting new ones, in three easy steps

VAT changes for the construction industry

Why is now a good time to review your website and branding? 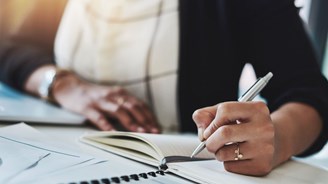 Could the COVID-19 pandemic improve narrative reporting by SMEs?