Regular readers of our blogs who have an interest in the Solicitors' Accounts Rules will recall that we have been discussing news of proposed changes to the Accounts Rules for some time now, following the announcement in 2014 that the Solicitors Regulation Authority (SRA) was adopting a three-phased approach to reforming the rules.

Phases one and two have been discussed in previous blogs.

The SRA has now published its long-awaited response to last summer's consultation, which represents phase three. In essence the proposals are to:

Following feedback, the first and third points above remain largely unchanged from the initial proposals, allowing solicitors more flexibility to decide how to ensure client money is held safely and used appropriately.

The second, and most controversial, proposal has been revised to the following definition of client money:

Rule 2.1 Client money is money held or received by you:

(a) relating to regulated services delivered by you to a client;

(b) on behalf of a third party in relation to regulated services delivered by you;

(c) as a trustee or as the holder of a specified office or appointment, such as donee of a power of attorney, Court of Protection deputy or trustee of an occupational pension scheme;

(d) in respect of your fees and any unpaid disbursements if held or received prior to delivery of a bill for the same.

Point (d) above means that money received in advance will continue to be client money and be required to be held in a client account, however, there is an exemption whereby if this is the sole source of client money, it need not be held in a client account provided the solicitor has informed their client in advance of where and how the money will be held.

Further details, including draft Accounts Rules, and the SRA's full response to the consultation can be found here.

The rules remain draft at this stage and may be subject to minor amendment after further consultation later this year. Currently it is envisaged the revised rules will be implemented, along with revisions to the Handbook, no earlier than autumn 2018. 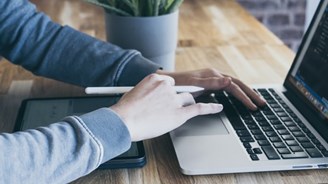 Summer Catch Up Sessions: Make your learning and development a priority